HAUPPAUGE, NEW YORK, AUGUST 25, 2017 – Techworks is pleased to announce that it has been selected as a Small Business finalist in the Business Achievement Awards competition conducted by HIA-LI, the recognized voice for business on Long Island. This is the second year in a row they have been honored as a finalist. Winners will be announced during a gala luncheon event held at the Crest Hollow Country Club in Woodbury, NY, 11:30 AM - 2:00 PM, Tuesday, September 19, 2017.

“Techworks is honored to be among the finalists of the HIA-LI Business Achievement Awards,” said Chris Coluccio, CEO & Co-Founder of Techworks. “The HIA-LI Business Achievement Awards are among the most prestigious honors awarded to outstanding Long Island-based businesses. For nearly two decades, HIA-LI has recognized the best of the best business on Long Island and Techworks is proud to be among those nominated.”

“HIA-LI is pleased to recognize Techworks Consulting as a finalist in the Small Business category of our Business Achievement Awards competition,” said Terri Alessi-Miceli, President of HIA-LI.  “Our finalists represent some of the highest performing and best run companies on Long Island and in the world. Techworks Consulting has been named a finalist in recognition of its achievements in industry leadership, creativity, successful business operations, corporate vision, and other characteristics vital to developing and growing a winning organization.”

In choosing the finalists, the selection committee considered multiple factors. The award criteria include:

Additional criteria that were considered include:

Is Autoscaling a Myth?
Alert: 27 Vulnerabilities Patched in Latest Round ...

Techworks sees technology as a means for organizations to reach its full potential. By taking a holistic approach, we help organizations grow and maintain a competitive advantage. We believe that true success comes from the implementation of long-term solutions rather than short-term fixes. 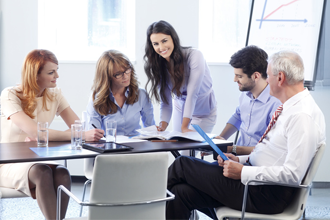 Interested in seeing what we can do for your business? Contact us to see how we can help you!

Please wait, we are processing the form !!
TOP
Client Portal