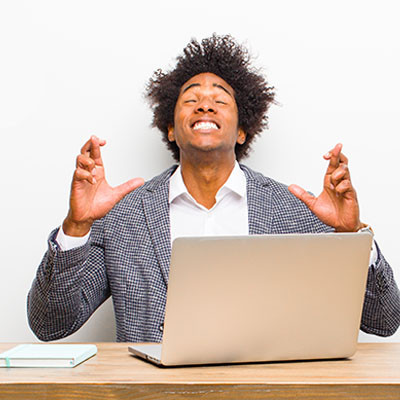 Even though the modern workplace tends to be PC-centric, Apple has had a major impact on technology and computing. It’s undeniable that Apple is pretty consistent with producing sleek, high-end hardware and efficient operating systems. Apple’s former CEO, Steve Jobs, was known to be a visionary and a perfectionist. That’s what makes this story even weirder.

“Thank You for Calling Technical Support, Have You Tried Dropping Your Computer?”

Huge disclaimer here, we don’t advocate dropping, kicking, or suplexing your computer in order to get it to work if something goes wrong. Any physical blunt trauma to a computer should be administered by a professional.

Back in 1982, Apple was on top of the game. Steve Jobs was on the cover of Time magazine, and by the end of the year they were the first company to reach a $1 billion annual sales rate. Apple was starting to make aesthetic decisions about their hardware that would sometimes trump function, and the Apple III is the first real example of that.

Apple, likely following the wishes and demands of Steve Jobs, decided they were going to make the Apple III computer look even more marketable than the Apple II by removing the air vents.

Computers, when processing information and just running in general, produce heat. That heat can build up within the case, and if there isn’t proper airflow or other forms of cooling, it can cause hardware damage over time. When certain computer components get too hot, they may need to be throttled and thus underperform, or they may malfunction and break over time, or both.

Steve Jobs wanted the Apple III to be the sexiest Apple computer yet, and either in his opinion, or the advice of Apple’s marketing team, that meant ditching those unsightly air vents. And while they were at it, they nixed the internal fans, because if you aren’t going to have air vents, you may as well not bother with intake and outtake fans.

The Apple III’s retail price started at $4340 in 1980’s money, which is equivalent to around $14,270 today. Keep this in mind for the rest of the story, it definitely puts things into perspective.

Fortunately, one engineer at Apple, Daniel Kottke, ran into this issue with his Apple III. Out of frustration, he picked up his computer and slammed it down on his desk. That sudden shock happened to cause the internal parts to snap back together and his computer started working again. Eureka!

So what did Apple do? The company instructed its support staff to recommend lifting the computer up off the desk by about two inches, and dropping it. Fingers crossed, this would set the internal parts back in place and you can go back to using your extremely expensive door-less oven.

While this story is true, it’s fun to make a joke about it. We’ve come a long way as a species in the last 40 years, and while you might feel like kicking your computer would do a lot to help you out, it’s likely not going to make it run any better. If you are frustrated with your technology, we’re here to help. Give us a call at Techworks Consulting, Inc. before you decide to drop your computer out a window!

Tags:
Hardware IT Support Vendor
New Technologies That May Soon Be Part of Your Bus...
Are You Sharing Your Employees with Another Employ... 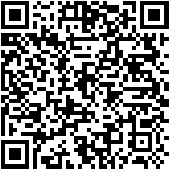