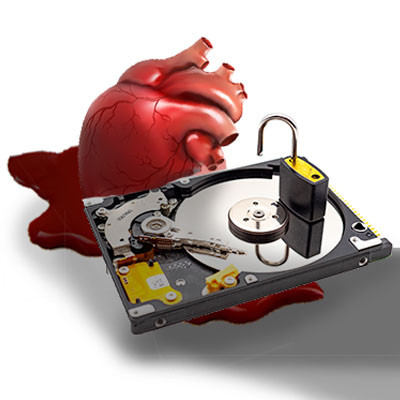 If Edgar Allan Poe worked in an office, here’s what one of his works would sound like:

True!—nervous—very, very dreadfully nervous I have been and am, but why will you say that I am mad? The office had sharpened my senses—not destroyed—not dulled them. Above all was my sense of hearing. I heard all things in heaven and on earth and many things in…the other place. So, how then am I mad, especially when I can so healthily and calmly tell you this story?

It’s impossible to say how the idea first entered my brain, but once conceived, I couldn’t get it out of my head. There was no reason for it, there was no feeling behind it. I really liked my boss. He had never wronged me, he had always respected me. I wasn’t even that jealous of his money. I think it was his eye…yes, it was this. Whenever we were working in the office, his gaze would fall upon us and my blood would run cold. After a while, very gradually, I determined that I needed to take my leave of the company, and rid myself of his critical gaze.

To do so, I would take the company’s data along with me to make me more valuable to the next company I found.

Now, this is the point, and why you probably think I’m nuts. Here’s the thing, though…would a crazy person so carefully and cautiously make such a plan as I had? I was the ideal employee for the boss. Every day, after the boss had left, I would copy a bit of the company’s data onto a hard disk drive I kept hidden in my desk. I did this for an entire week, adding a little more data to my drive each time. Every morning, when work began, I would stride in confidently and greet the boss, asking him how his evening was. So, he would need to be very quick to suspect that I was siphoning away some of his data after he left.

On the eighth night, I set up my hard drive to copy more data than ever, and I felt more accomplished than any night prior to this one. There was so much data that I now had to offer a new employer. To think I had managed to collect so much valuable data, little by little, and for the boss to have no idea. I couldn’t help but chuckle to myself. The boss heard me, and he came out of his office quite suddenly. You’d think that I’d be concerned—but no. The office was dark, with most workstations asleep, and the door could only be opened from the inside. I knew that I was hidden from his sight, so I continued my work.

Suddenly, my workstation beeped, and the boss turned to my direction, crying out—”Who’s there?”

I stayed very still at my desk. For a whole hour I didn’t move a muscle, and he didn’t close his door after he returned to his office. He was waiting there, listening, just as I had done each night of the preceding week.

After a moment, he groaned, and I knew he was scared. This wasn’t a groan of pain or grief—oh, no—it was the sound that comes when someone is stifling back deep terror from their soul. I knew it well, because the same feeling would hit me in the late hours of the night, and would make a similar sound myself. I knew how my boss felt, and almost pitied him. Almost. I could hear him muttering to himself, trying to explain away his nerves. He quickly gathered his things, continuing to explain away his nerves to himself, and promptly left—still never discovering me at my workstation.

I waited a long time, listening for the elevator doors, the sound of his car driving away, before I resumed my work. The glow of my display illuminated my hands as I copied file after file to my hard drive. With quiet determination, I took a copy of every file, my hidden hard drive whirring away as data was added to its stores.

Suddenly, I hear it—a rhythmic, quiet clicking, emerging from the drawer containing my hard drive, punctuated by high-pitched squeals. Panicking, I turned off my workstation, killing power to the drive, and swiftly left the office and made my way home. In my haste, the drive was left in the drawer. Returning home, I slept a fitful and restless sleep.

When morning came, I returned to the office filled with confidence, yet tired from my restless night. As such, I was on edge. I sat at my desk, with little patience for the droll chatter that my coworkers were sharing around me. I booted up my workstation, smiling despite myself, knowing that in the desk I sat at laid the proof of my triumph. I smiled, greeting my coworkers politely, keeping up the ruse to avoid any suspicion.

My coworkers suspected nothing, my cheerful demeanor and casual spirit giving them no reason for concern. Before very long, however, I grew more tired and my head began to ache. Meanwhile, I began to hear a quiet screeching which grew louder and louder as the day passed. I continued talking to try and drown out the sound, but it wasn’t long before I realized that the sound wasn’t just in my head.

I felt myself grow pale, although I continued to confer with my teammates to try and drown out the sound. Yet the sound continued to grow. I spoke louder, more animatedly, but the sound still grew louder. I continued to speak, more and more aggressively, but the noise still grew more and more pronounced. How could my coworkers not hear the clicking and squealing coming from my drawer? I kicked my feet against the side of the desk where the hard drive was kept, but the noise was still drowned out by the squealing and clicking. Yet my coworkers still chatted pleasantly and cordially. Could they really not hear it? No, that was impossible. They knew—and not only that, they were mocking my attempts to hide it.

“FINE,” I screamed. “I can’t take it anymore! I admit it, I was stealing data! Here, look in my desk—here, here it is—the clicking and squealing of the horrible hard drive I used!”

We understand how scary the thought of an insider threat can be, nevermind the idea that it could be your business’ equipment that fails in such a spectacular fashion. We’re here to help protect you against these circumstances and many, many more. Give us a call at (631) 285-1527 to learn more about what we can do for you. 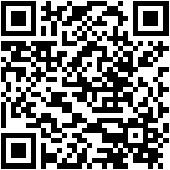